How to Create Hatha Yoga Sequence for Better Practice?

Hatha yoga is the yoga of the force, as the Hatha in Sanskrit translates into the word force. In the world of modern yoga, hatha yoga is one of the most common forms of yoga and it is practiced worldwide. That is why when people usually think of doing yoga, they are unknowingly thinking about doing the hatha yoga poses. The reason behind this much popularity of hatha yoga is that it focuses on physical movements. These physical movements have a lot of benefits. But, during these years, hatha yoga has experienced some changes, the old and classical sequences of doing hatha yoga poses were abandoned by most people as they developed their own sequences. Below is a comparative guide between classical and modern hatha yoga sequence techniques.

The basic difference between these two is that the modern hatha yoga sequences focus more on the body, meanwhile, the classical one focuses more on the internal power sources such as the mind and soul of a person. It is important that you follow your guru’s instructions on this matter as they know what is better and how to do it better.

Here are some of the hatha yoga poses and exercises that you can try to include in your sequence.

The word Kapalabhati means shining skull, it is seen as the self-cleansing or internal cleansing exercise in yoga. In modern yoga, it is known as a starter exercise, to warm you up and normalize your breathing patterns.

It is a technique of breathing during the practice of yoga where you close one nostril and keep the other open, and then you keep the other nostril close and the first nostril open. This alternative breathing is also helpful in warming up for yoga.

This exercise is very simple and is aimed at saying welcome to the sun. In this exercise, you stand still, and keep your hands in front of your chest and pose like you are saying Namaste.

This is the headstand yoga pose, it is sometimes also referred to as the king of yoga poses. This requires keeping your head down and legs up in the air.

This asana is known as the queen of asana. It requires that the practitioner must stand on his/her shoulder while keeping the legs upward in the air.

Halasana or Hal asana is an asana that requires the practitioner to stand head down in a way that the body looks similar to the shape of a plough in the fields.

This pose is known as the half-bridge pose in common language, it requires the practitioner to bend its body in a way that hands are facing away from the head. The Head of the practitioner touches the legs while the hips stay in the air.

This is a pose known as the fish pose, it is done while you are laying straight, you pull your back up and keep your elbows below your suspended back. This creates a shape similar to the fish.

This pose is also known as the cow pose, it is known for helping people make their bodies more flexible, as it requires the bending of the back without lifting the hips in the air.

This is a very simple pose as it only requires you to stand up, roll your hands up in the air, and cross your finger while keeping the hands and arms still, allowing your body to bend a little on the left and right sides.

This pose is also known as the tree pose, it requires you to stand up, roll your hands in the air and cross your fingers. After that, you lift one leg up in the air and keep it suspended.

Right Way to Practice Yoga and How to Prevent Injuries during the Practice?

The right way to practice all of these yoga poses is that you only allow your body to stretch and flex as much as possible, but when it starts to hurt or you can no longer flex, you should stop immediately at that point. That is your tipping point, if you continue your practice after you have crossed your tipping point, it can cause serious injuries. That is why all gurus of yoga teach their students to move slowly while doing different poses and learn techniques to improve their postures. 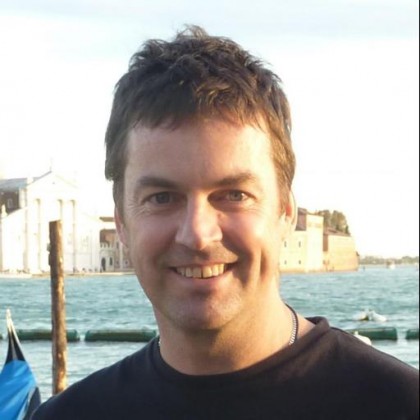 How to Brush Your Teeth the Dentist’s Way