9 Legendary Vehicles Featured on the Classic Movies and Shows

Many cars are still remembered not because of some distinctive features but their appearance in timeless pieces of cinema. We remember the lead character driving the awe-inspiring car to display their personality types. However, there were times when the car overshadowed everything else in the movie.

At some point, we all have tried to collect the model car in our childhood. Now, we try hard to collect the real toys that we can ride. Collectors spend a fortune on vintage cars, as some might say hobby while others an investment.

The value of these vintage cars increases when they have an interesting story associated with them. And them featuring in a classic movie is a great story for a car. Here, we will go through legendary cars that featured in classic movies and shows.

Aston Martin DB5 was among the favourite of the collectors because of its classic aesthetics. In the movie “Goldfinger”, DB5 was equipped with an ejector seat, machine guns, smoke screens and some other amazing gadgets. You may not find these features in the real-life version except for the navigation screen.

The classic design itself is a centre of attraction even without the futuristic gadgets of the 60s. The British carmaker only produced 900 Aston Martin DB5s from 1963 to 1965. You could have owned it within £100,000 with simple car loans 20 years ago. Now they cost over a million.

Volvo P1800S featured in “The Saint” from 1962-69 as the ride of Simon Templar. Roger Moore selected it after Jaguar declined their request to provide their car. For Jaguar, they don’t require publicity from a TV series at that time.

Roger Moore was so impressed by the three models in the series that he started using them in the personal life as well. The first model was the 1962 P1800S that was interestingly rediscovered in 1991. The other two were ’64 and ’65 because the design was updated.

No list of iconic movie cars can go without featuring the Batmobile because it has everything that makes the car legendary. The style, ruggedness, gadgets, and a fan favorite, dark character that owns it could be the perfect combination. It was a Ford Lincoln Futura that was chosen by the designer, George Barris.

The car was prepared within a few weeks with over a hundred modifications, including the bolted signature bat symbols. The original concept car was bought at just $1 and sold at over $4.6 million. A ridiculous price tag for a car without an air conditioner.

Mr. Bean is a character that has made people laugh across the globe without the barrier of language. There were two things closest to Mr. Bean, Teddy and his Mini. The car played a significant role in the 15 episodes run of the series.

The first car, 1969 BMC Morris Mini 1000, was destroyed off-screen in the pilot episode. It was replaced by the 1977 Leyland Mini 1000 in the subsequent episodes. You can own a mini but try not to cause the same mayhem as Mr. Bean on the roads. You can watch all movies and get Free Movie Downloading Sites List from here.

The perfect sidekick of the flamboyant crime fighter Michael Knight is the Pontiac Trans Am ‘KITT’. The car was known to have it all to fight the criminal, from ammunition to two-wheel skiing. Moreover, it had artificial intelligence and the ability to talk.

The car stole the spotlight with its incredible style and equipment. Collectors own only 5-6 cars because of some unusual agreement between GM and the filmmakers.

Legendary Vehicle DeLorean DMC-12 – Back to the Future

DeLorean was not successful in the market until Marty McFly used it. This time-traveling car was used in “Back to the Future” with the engine of V8 from Porsche. It was because the specifications were entirely under the hood.

The legacy of this car is still alive with the dedicated production, even with an electric conversion. Initially, it featured a 6-cylinder 130 bhp engine that was not capable of travelling through the time barrier.

The only remarkable thing in the post-apocalyptic world of Mad Max could have been the ’73 XB GT Ford Falcon. The exterior was on the extreme end of muscle cars with some heavily rigid design. The original car was launched with a powerful 351-CID V8.

In the movie, it was equipped with a supercharger to increase its speed further. The crew used the front hood to create a false sense of contraption because of speed.

There were two iconic elements in a single frame in the movie Bullitt, Steve McQueen and Mustang GT 390. The car made the chase sequence one of the most memorable in the 60s cinema. Two Mustangs were used for the filming and one of them was scrapped after the shooting was completed.

Ford went on to release two special versions of the car to leverage its success in the market. The car had some serious power and looks that made it an incredible muscle car.

We were made to believe that someone with Ferrari Dayton Spyder will not raise eyebrows as an undercover agent. It was a beautifully designed vehicle used in the drug and prostitution racket of Miami. Surprisingly, Ferrari North America turned down the offer to provide an authentic car for the shoot.

The makers then went on to use replicas using the Corvette C3 chassis and fibreglass body panels modification. As a result, Ferrari filed a lawsuit against the replica builder and offered them 2 genuine Testarossas for free. The Spyder was then shot with a missile to keep their agreement in season 3.

To conclude, nothing can take away the iconic status of these cars. They are still a great investment with enormous returns in the future. Or, you can use the car in your garage to make a replica of them if you have the tools and skillsets. 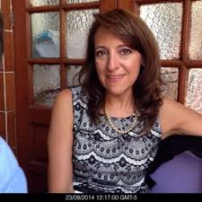 jasminewatson998
Jasmine Watson Is a Senior Finance adviser in Easy cheap loans. Her Expertise Loans For Unemployed, Doorstep loans, etc.. She is a blogger who writes for different blogging platforms to spread financial awareness among the people of the UK
Previous article5 Reasons to Choose Pillow Pack Packaging
Next articleThe Negative and Positive Effect of Technology on Student Learning

How To Choose The Right Tyres for Your Car?

Why We Should Know Rules and Regulation Before Driving